Sabrina Johnson commutes to work. My short video on the Fight for $15 campaign among low-paid workers.

In the United States, wages for some workers are so low that they must work 70 hours a week just to pay the bills. That is the reality of life for Edith Figueroa, a grandmother from Boston whom I met while making a video for The Guardian on the Fight for $15, a campaign among fast food workers for union rights and a living wage. 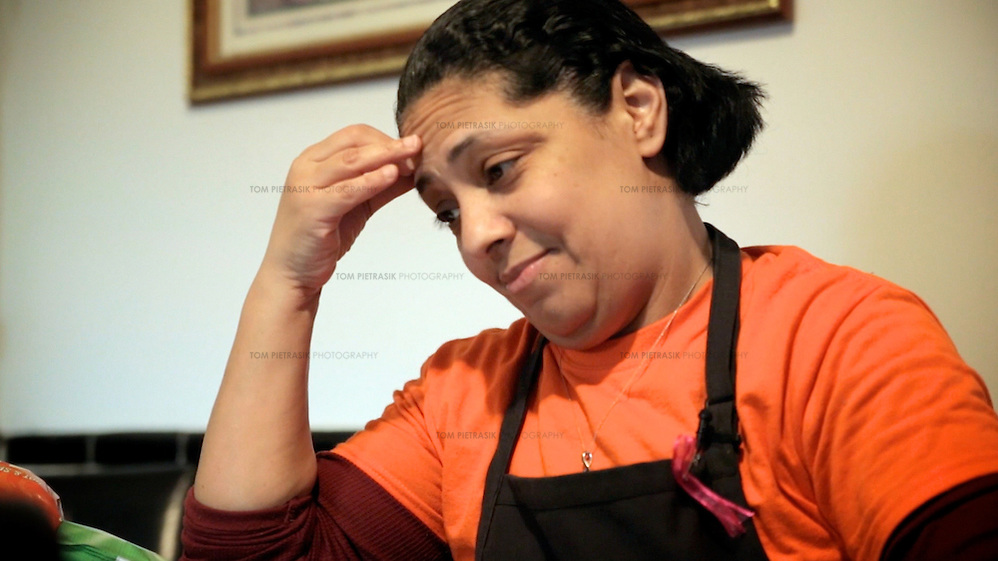 Edith Figueroa who works seventy hours a week to make ends meet. A still image from my video The Fight for $15. ©Tom Pietrasik 2015

The Fight for $15 is part of a wider labour-movement that is developing across the United States where the number of unionised workers has tumbled since the 1970s. In New York City, workers are building confidence under the banner of groups like the Laundry Workers Center (LWC). The LWC challenge businesses that use the Racketeer Influenced and Corrupt Organizations Act (RICO) to criminalise legitimate protest. And in Seattle, legislators are responding to worker-demands by increasing the minimum wage to $15. 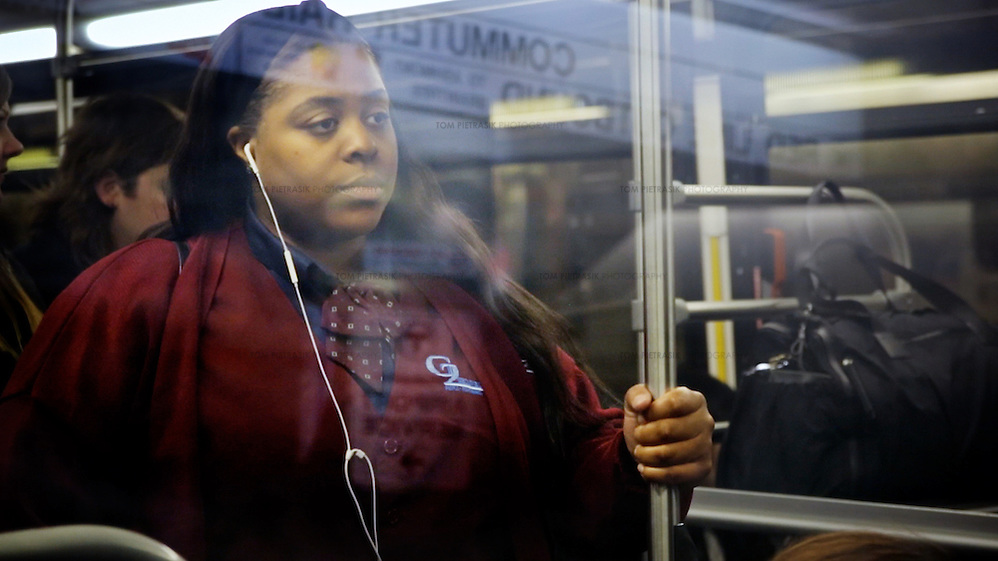 Sabrina Johnson on her way to work in a still from my video The Fight for $15. ©Tom Pietrasik 2015

The struggle by America’s fast food workers is an important chapter in the movement to challenge US income inequality which stands at an all time high. Incensed by the injustice of corporate chief executives earning 300 times the average worker, Sabrina Johnson, who also features in my video, is motivated by the bond she shares with fellow low-paid workers, many of whom, like her, are black women. So, while despair might be a feature of their daily routine, Johnson and Figueroa, both expressed optimism that their fight for a decent wage can be won. 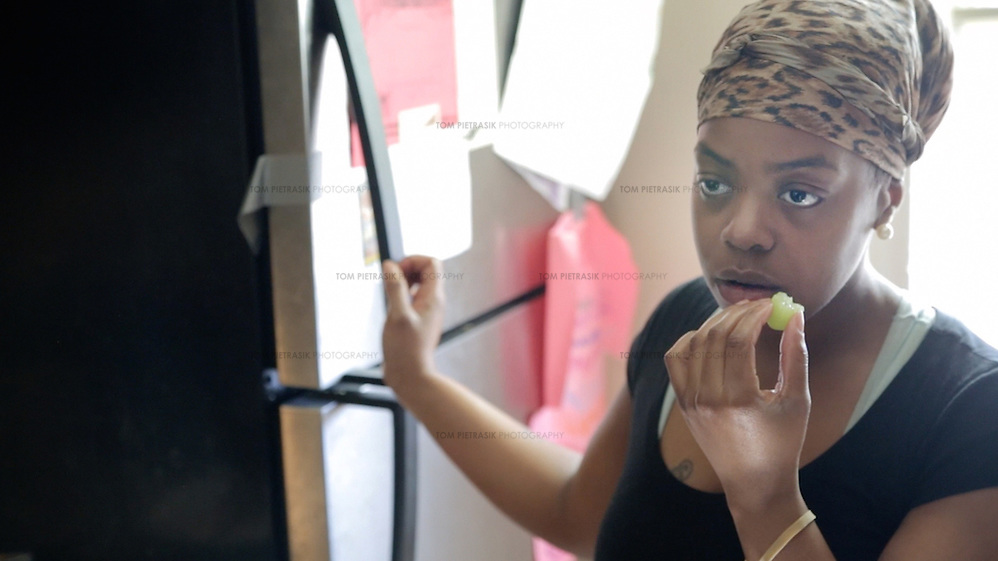 Sabrina Johnson’s sister in a still image from my video The Fight for $15. ©Tom Pietrasik 2015