I usually find presenter Paddy O’Connell’s over-familiar repartee on BBC Radio 4’s Broadcasting House programme distracting but I enjoyed his short interview on Sunday with British photographer Simon Norfolk for its insight into the views of a professional photographer working in the developing world. You can hear the interview 25 minutes into this link.

Simon Norfolk has spent the past ten years photographing in Afghanistan and currently has an exhibition of this work on show at London’s Tate Modern gallery until July 10th. 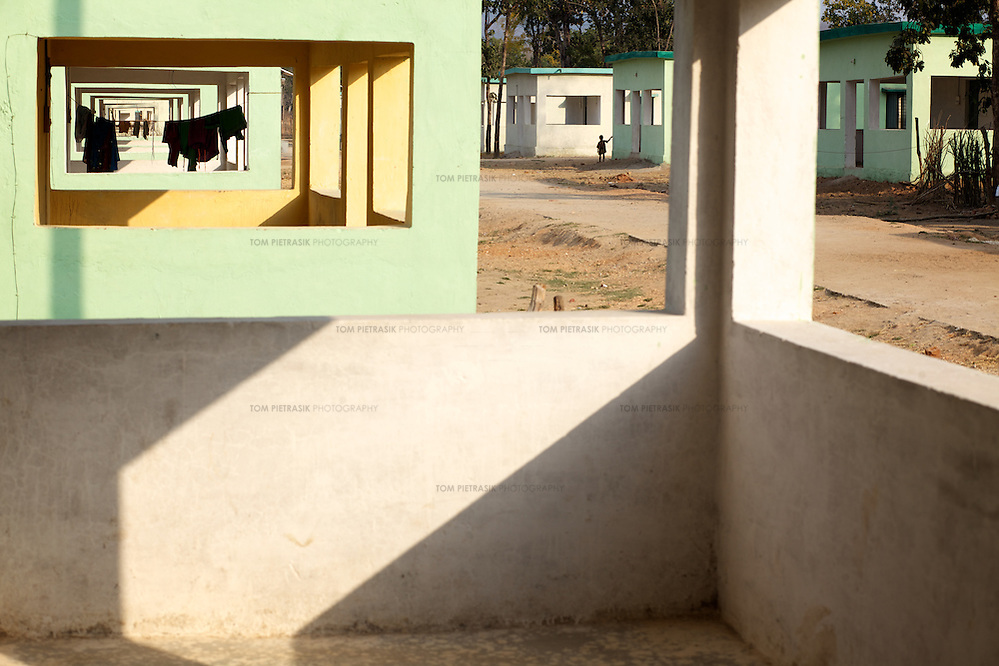 A new tiger reserve forced sixty-six indigenous tribal Baiga families from their fertile forest land into this new village in 2009. They have not received proper compensation and complain of reduced crop-yield from the new land they cultivate.  Bokhra Kachar, Chhattisgarh. ©Tom Pietrasik 2011

In the interview with O’Connell, Norfolk explained that he no longer considers himself a photojournalist but instead, what he calls, a “la-de-dah” artist. He draws the distinction because he once worked for newspapers and magazines and now earns a living from the sale of prints at galleries. As Norfolk’s fine work continues to be primarily concerned with documenting people and landscapes, I’d argue that he is still a photojournalist at heart. 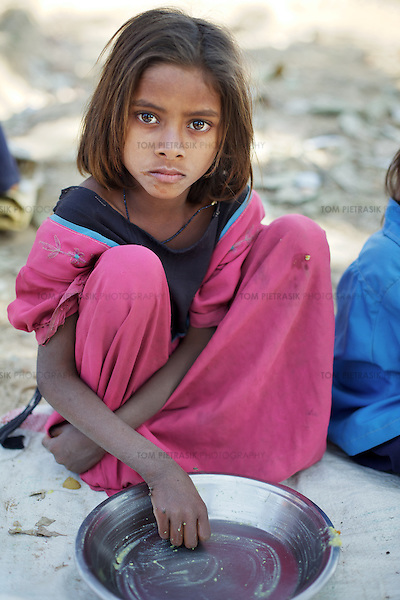 Attempting to specify where photojournalism ends and art begins is a pretty pointless task. But in the case of Norfolk, I raise the issue because later in the Radio 4 interview, by explaining his approach to photography, Norfolk seemed to perfectly define the merit of photojournalism – as oppose to art – and the obligations that are incumbent upon all of us lucky enough to have been brought up in the Developed World but who work in much poorer countries.

After speaking candidly about the futile war in Afghanistan, Norfolk explained that,

“When you take a picture in these places, its a kind of contractual obligation… I’m going to take a picture of what you are and I’m going to try and do something. Something that will make the world a little bit different so that your situation will somehow change for the better. Somehow that responsibility lies upon me as someone who has articulacy, has the ability to travel around the world, has cash in their pocket, has a white skin, has a British passport, has a voice in the world…” 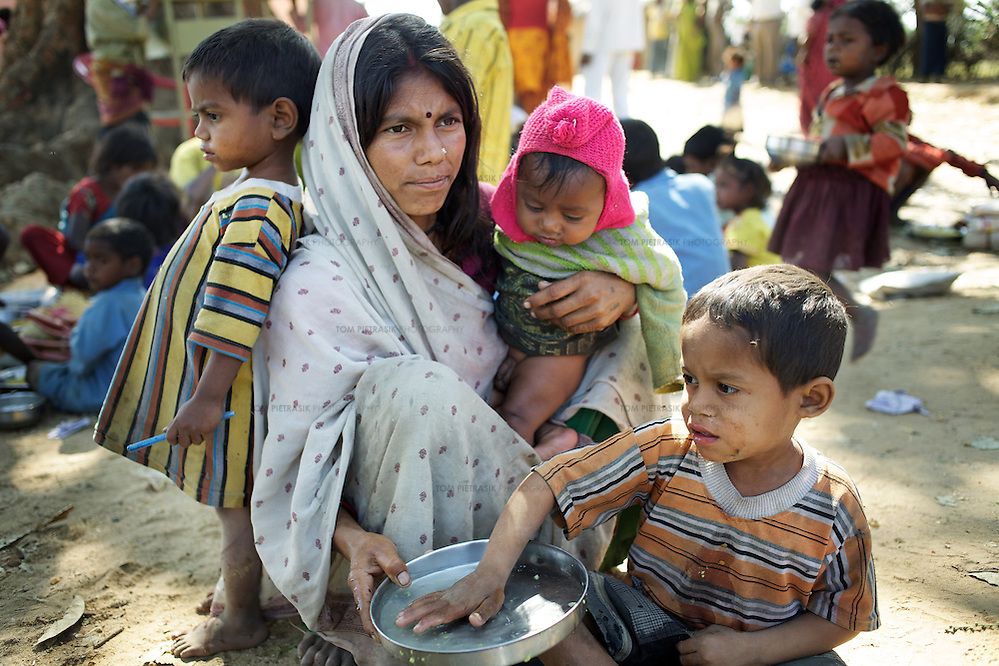 Anita Devi with her three children who benefit from a recently introduced hot midday-meal provided by their government school. Where properly implemented, the midday-meal system not only improves the health of children but also encourages school-attendance. Jalhe Bogiya village, Bihar. India ©Tom Pietrasik 2011

As a British photojournalist living and working in India for the past ten years, I am continually struck by the huge economic gulf that frequently divides my life and the lives of those I photograph. Of course photography alone is not going to change the world but when confronted by such stark disparity, Norfolk’s idea of a photographer’s obligation becomes vital. To me this is as good a definition as any for what makes a good journalist – writer or photographer.

By way of honoring my own obligations, I will be presenting some of my photographs around the theme of hunger in London this weekend as part of a seminar organized by the Free Binayak Sen campaign. My photographs – including those displayed here – will look at people who endure hunger in their lives. Also featured will be my photographs of the JSS hospital about which I have written before and on whose board Dr Binayak Sen sits. 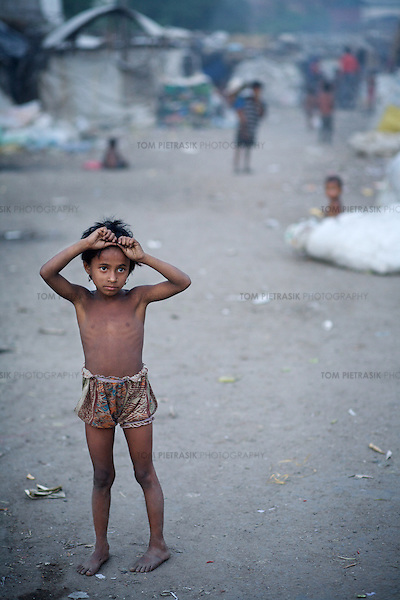 A girl on a hot summer’s evening in Shanti Busti, a slum in Lucknow. All school-age children from this rag-picking (garbage-collecting) community must work to fund their families’ monthly spending of which food constitutes the greatest expense. Lucknow. India ©Tom Pietrasik 2008

Binayak Sen, for those that are unaware, is an public-health doctor and campaigner on the issue of malnutrition. Dr Sen served over two years in prison accused – and later convicted – of sedition for his alleged support of the Maoist Naxalite insurgence in eastern India. Last month he was granted bail by India’s Supreme Court and released from prison. The Free Binayak Sen campaign demands that his name be cleared and that a proper investigation be conducted into his scandalous intimidation by the government of Chhattisgarh state.

If you are in London on Saturday May 14th, please come along and show your support. The seminar begins at 4.45pm at Dragon Hall, 17 Stukeley St, London WC2. I will be presenting my photographs at 7pm. 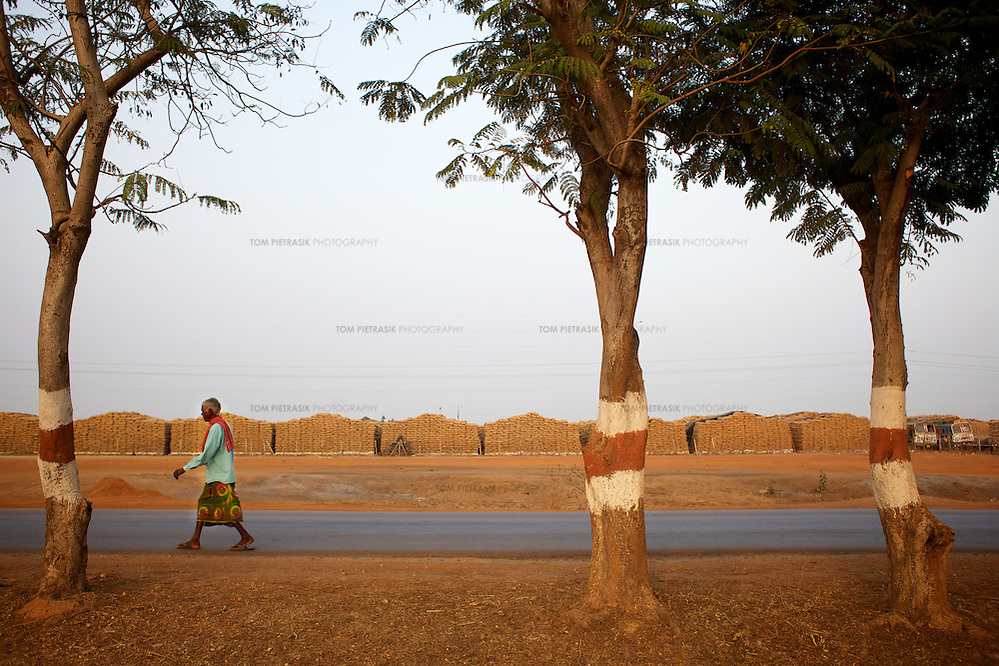 A man walks past a permanent government emergency store of food-grains in Bilaspur. The store is not protected from the weather – a stark indication that there is little concern in the government toward the wellbeing of vulnerable and hungry communities. Bilaspur, Chhattisgarh. ©Tom Pietrasik 2011