Two weeks ago India announced that 12-months had elapsed since the country last recorded a new case of polio. This is cause for celebration but unfortunately this week it appears that the disease may have resurfaced in West Bengal where an 18-month old girl has been admitted to hospital suffering from paralysis: a symptom of polio.

According to The Hindustan Times, it will be at least two weeks before results of a test can confirm if the child has the disease. WHO (World Health Organization) officials are playing down the likelihood of polio on this occasion but concern is inevitable because this incident has cropped up in the same state as India’s last recorded case of the disease in January 2011. If nothing else, this unfortunate news is a timely reminder that Nata Menabde, the India head of the WHO, was right when she cautioned, 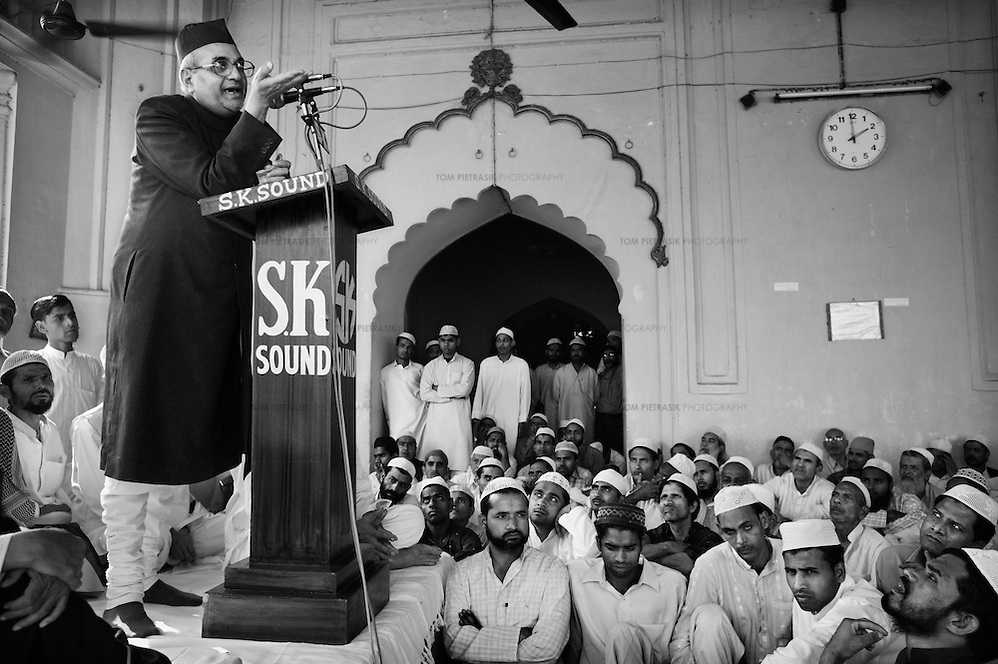 The polio eradication effort in India – the largest public health drive in the world – has been an enormous and sometimes controversial undertaking. Funding from the Indian government, several philanthropic groups, the US Centers for Disease Control and Prevention, and the UN ensures that nearly a billion doses of oral polio vaccine have been administered annually. 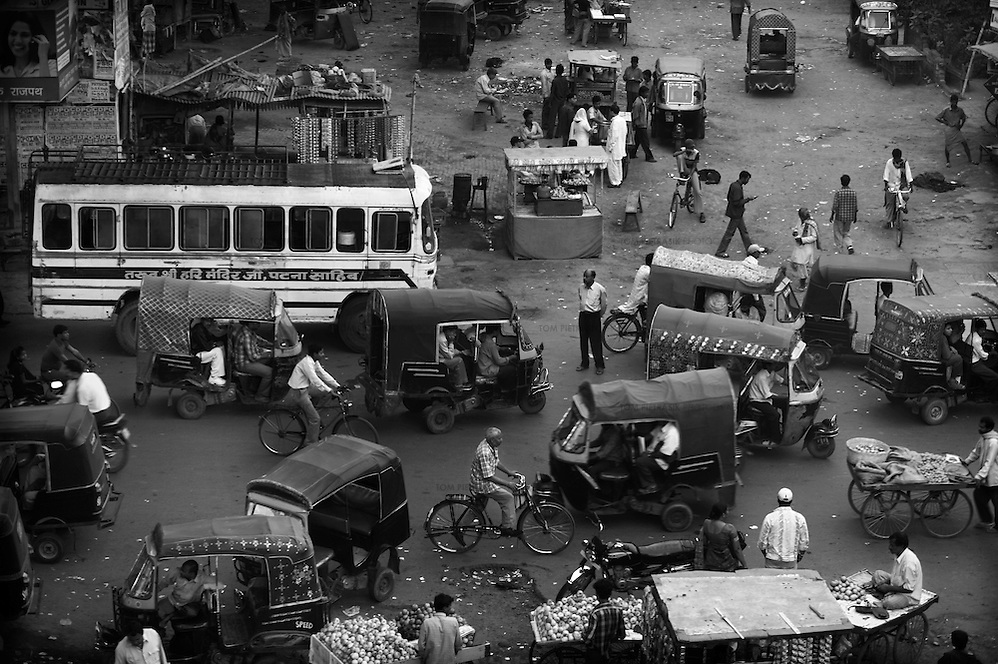 Whilst the programme of vaccination against polio is important, by itself it is not enough. It must be part of a wider political campaign to address the social determinants of health, reduce inequalities and eradicate poverty. As Svea Closse says in her book Chasing polio in Pakistan,”

The root problem underlying ongoing polio transmission is poverty, not lack of vaccination. Yet the Polio Eradication Initiative concentrates solely on immunisation. In doing so, it draws attention away from political sources of inequality to focus on technical interventions.” 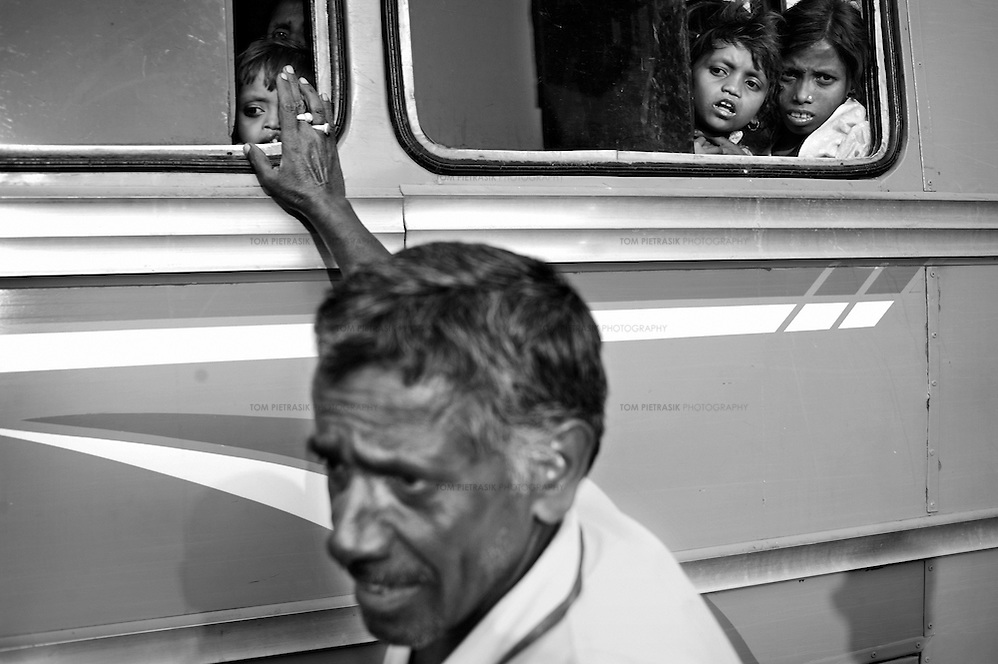 A health-worker checks whether children have received the polio vaccination while traveling by bus on a route linking the states of Bihar and Jharkand. Migrant populations, many of them traveling such routes in search of work have the potential to spread polio across state-boundaries. Patna, Bihar. India ©Tom Pietrasik 2006

It was in 2006, a year during which over 600 new cases of polio were recorded in India, that I was asked by UNICEF to photograph vaccination efforts among the 250 million people of Uttar Pradesh and Bihar. Across these two states that sweep through northern India, overcrowded living conditions, poor sanitation and poverty mean there is a particularly high risk of polio transmission. 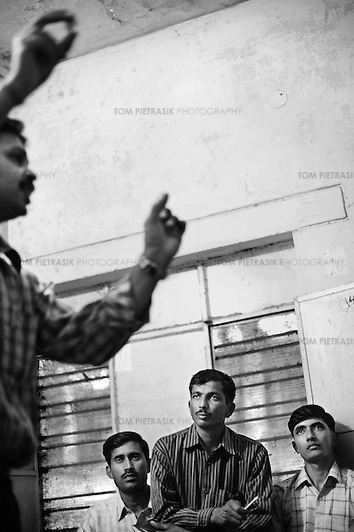 I discovered that a frustration with the lack of other health services means that many households resist vaccination. Unfounded concerns regarding the safety of the vaccine and rumours of an “American-campaign” of forced-sterilisation further undermine efforts to administer the vaccine. UNICEF’s strategy has been to concentrate efforts on communication as a means of addressing such obstacles while at the same time mobilising of thousands of volunteers to administer and supervise the vaccination. As I photographed communities in Moradabad and Patna, I realised that civic participation is fundamental to the success of any public health initiative.

The success of India’s polio eradication efforts would not have been achieved without the involvement of academics, religious leaders and others with local influence to mobilise communities to have their children protected against polio.

You can see more of my photographs on India’s polio eradication effort here. 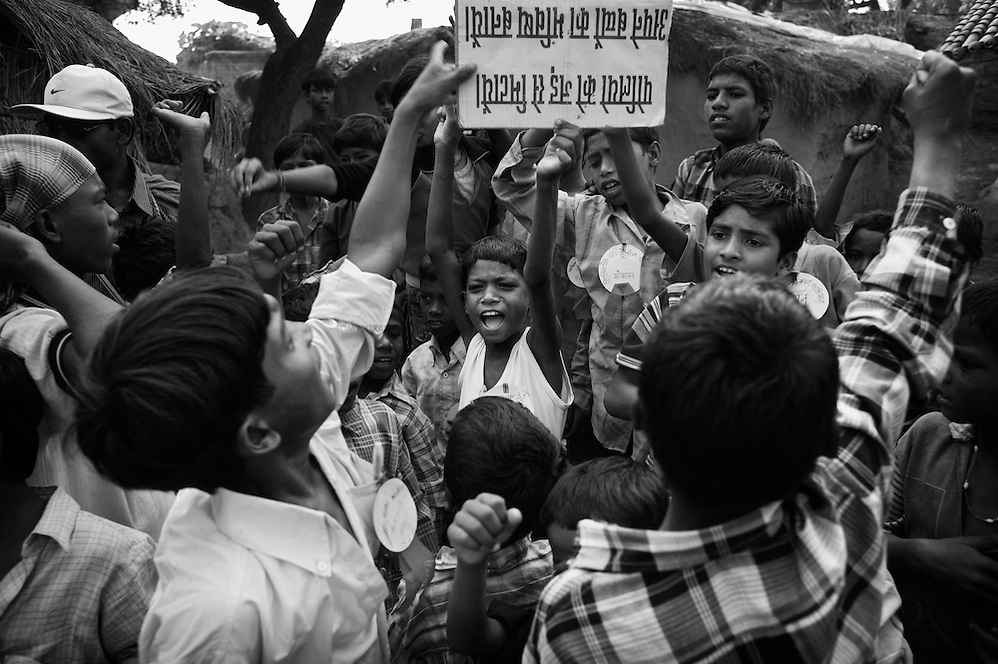 Children lead a procession through the lanes of Hinduni Musahar village calling for parents to vaccinate their children against polio before going to harvest. The village and all the children photographed are from the Musahar community, a low-caste community working mainly as agricultural day-wage laboureres. Patna, Bihar. India ©Tom Pietrasik 2006