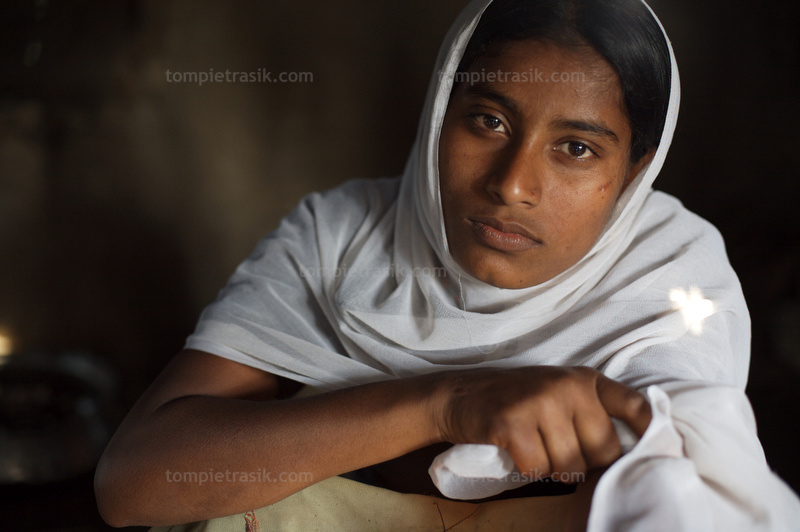 Manjira Bibi left school before completing her exams so that she could begin work as a domestic servant in Kolkata. Returning by train to Kolkata from a trip home to see her parents in October 2006, Manjira was drugged and taken to Mumbai. Her abductors intended that she become a prostitute. Manjira was lucky to rouse the attention of a police officer on her arrival in Mumbai. He intervened and was able to save Manjira from her captors. Manjira was reunited with her parents in January 2007 after spending three months in a government orphanage in Mumbai. Manjira was traumatised by her experience and returning to a small rural conservative community has not been easy. Rumours and misunderstanding have made the young woman’s reintegration difficult. Many in the village view Manjira with a degree of suspicion. Action Aid partners, the Bagmari Mother and Child Develpoment Mission (BMCDM), are working with Manjira in order to help her come to terms with her ordeal. The Bagmari Mother and Child Develpoment Mission (BMCDM) are part of a network of social activist groups working in West Bengal. The group raise awareness of trafficking among vulnerable communities. The BMCDM also work to repatriate trafficked victims and their families and help returning individuals re-integrate into their communities.