If harbouring a secret ever caused Bharathi Kannamma to feel a sense of shame, she certainly shows no sign of it today. Living as a man until ten years ago, Kannamma is now a transgender woman. Until the age of 43, she kept her feminine feelings to herself. It was only when her mother died in 2004 that Kannamma came out, began to dress as a woman and lived openly as a transgender person. 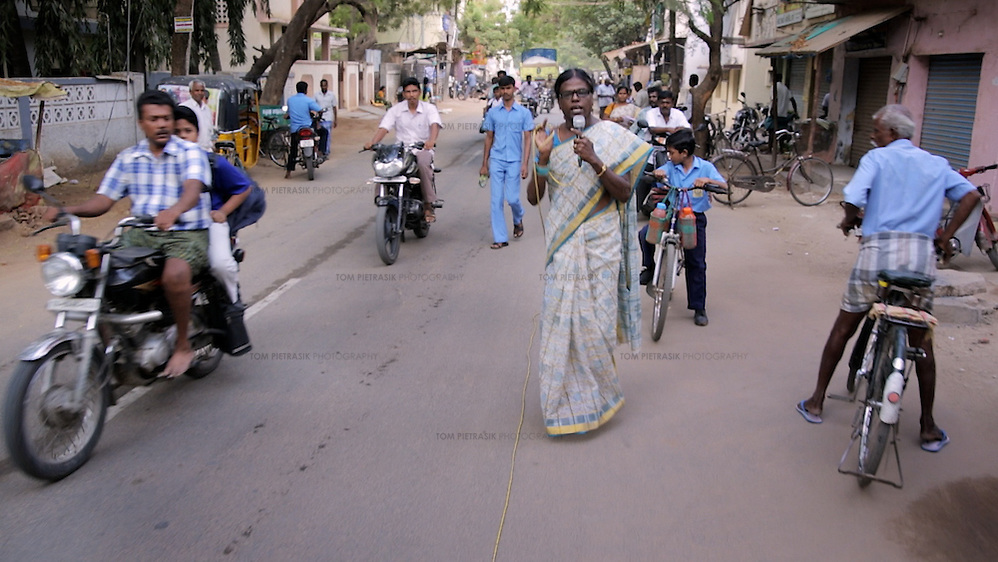 Bharathi Kannamma launches her campaign for election among the morning traffic in a suburb of Madurai. Madurai, India ©Tom Pietrasik 2014

Determined, self-effacing and confident, she is now touring Madurai, campaigning as an independent candidate in the Indian national election for which voting is currently underway. At the beginning of April, I spent a few days filming Kannamma and her small entourage of supporters in south India for the Guardian newspaper. 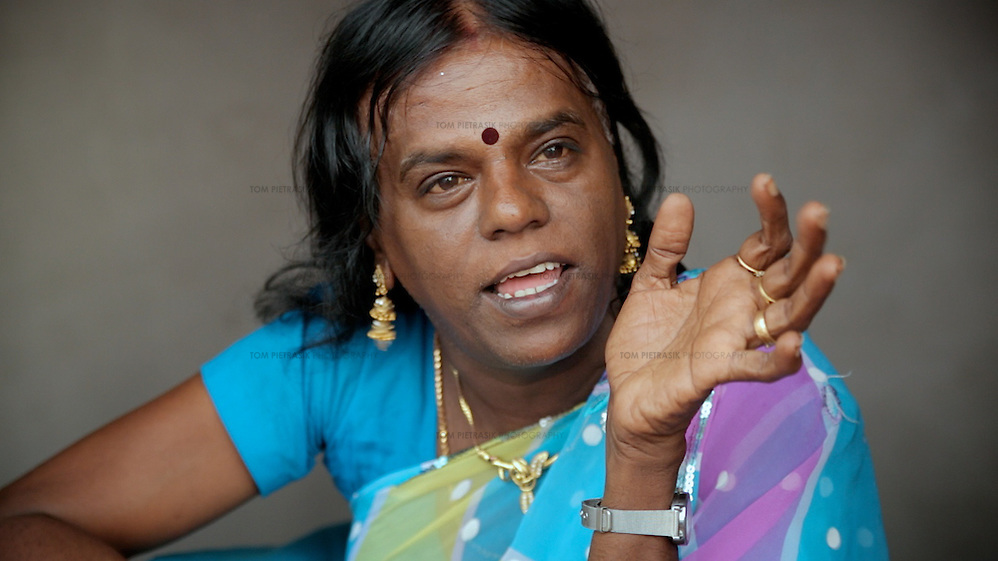 As Kannamma tells an policeman in the film, she is not standing on a platform narrowly defined by the interests of transgender people but is appealing to all, most particularly the poor. And it was in the less-salubrious neighbourhoods of Madurai that I saw the greatest affinity between Kannamma and the electorate – especially poor women. Having suffered herself, Kannamma’s appeal to this community felt genuine. She spoke to them without condescension, delivering her message in a blunt style that would have felt false had it been uttered by one of her mainstream rivals: “If we don’t have water to clean our arse, what’s the point of living?” 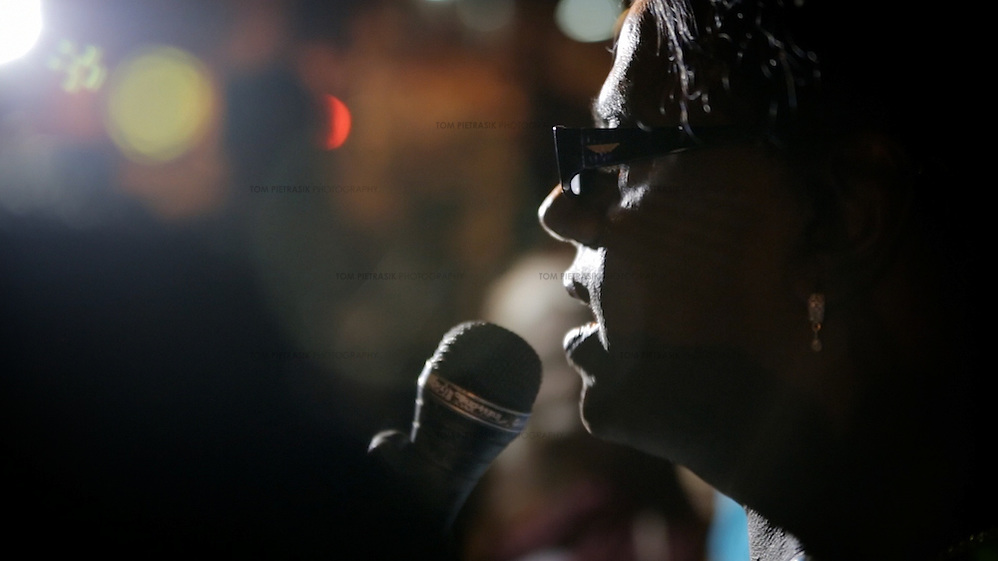 Kannamma visits neighbourhoods in the early morning and late evening – times when she is most likely to attract the ears of the electorate. Madurai, India ©Tom Pietrasik 2014

Though there are many obstacles ahead, this is an exciting time for India’s LGBT community.  The 2014 election is the first in which both voters and candidates can define themselves as transgender. And only last week the Supreme Court ruled that third gender people have the same rights as men and women. Penal code 377 which criminalises gay sex is still very much in place but this draconian law continues to be debated in the courts and there is an increasing sense that it will soon be dispensed with – over 150 years after the British introduced it. 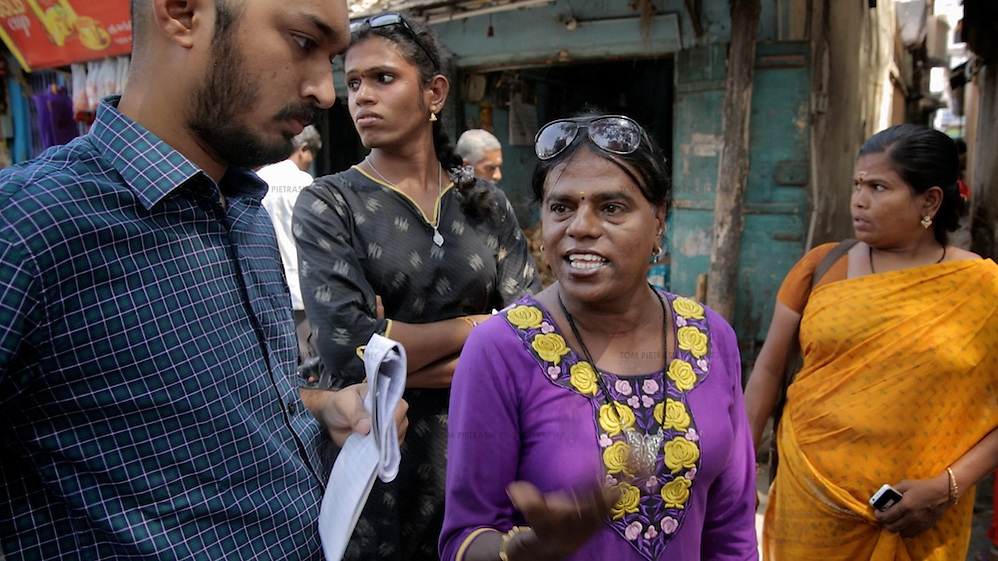 Kannamma discusses her election pledges with the press on a busy market street in central Madurai. Madurai, India ©Tom Pietrasik 2014

As I have written about on other occasions here and here, none of these gains have been bestowed upon the community. They are the result of a long and ongoing struggle by ordinary Indian LGBT people including Bharati Kannamma.

Madurai votes on April 24th and counting takes place on May 16th.