Wandering around a bus station with my camera on a recent trip to Lagos in Nigeria, I began photographing a newspaper-seller at work but before I’d even pressed the shutter another trader had approached me and angrily accused me of “photographing without permission.”

Such was the indignation directed at me by the small group that quickly gathered, you might imagine that photography in public areas was a crime in Nigeria. I thought it best to apologise and quickly retreat. But the crowd were not ready to accept any expression of regret on my part. A security guard stepped forward and grabbed at my camera. He was quickly joined by another man and the two were able to successfully wrestle the camera from my hand. 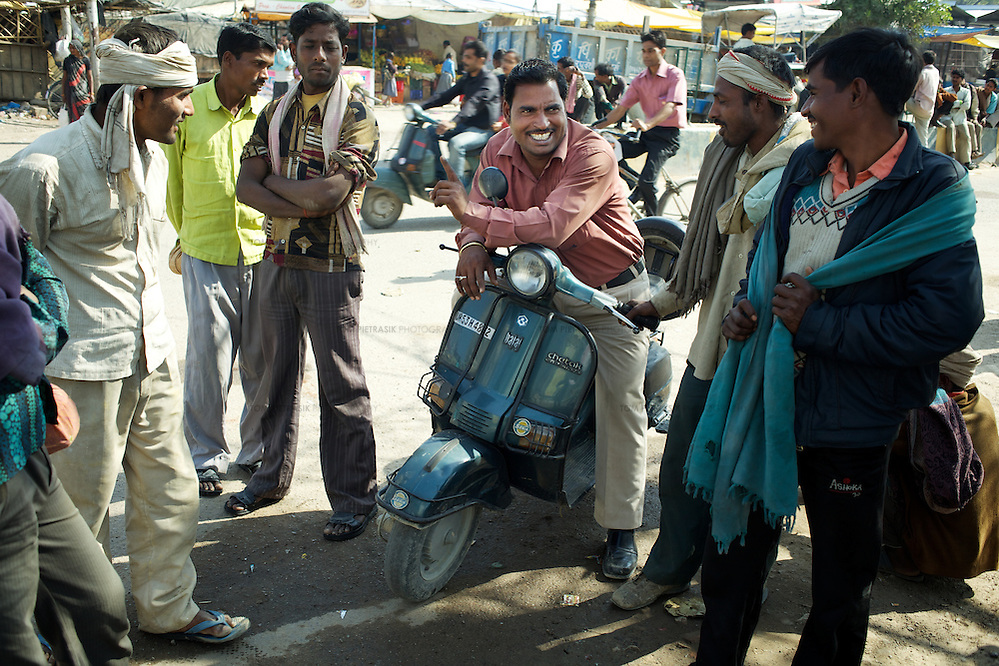 I don’t often find myself in such awkward situations. My experience of photographing in India, where I lived for ten years, has been almost entirely positive. I’ve found people there to be either incredibly generous or completely nonchalant when it comes to being photographed. But as the crowd in Lagos swelled around me, I was reminded of an incident in 2007 when photographing for the Financial Times magazine in a middle class grocery shop in New Delhi.

I’d been commissioned to illustrate the subject of rising food prices and a shop-owner had kindly granted me permission to take pictures of his customers doing their shopping. I’d been taking photographs in the food-aisles for about 20 minutes when I pointed my camera in the direction of a middle-aged woman at the checkout. Her sudden objection to my “clicking her picture” was so fierce that she accused me of being a pornographer. I could not imagine a scene less titillating than this particular woman bagging her shopping but so apparently compelling was her allegation that other shoppers were convinced there must be some merit to her outrage.

Even the shop owner climbed on board, motivated less by moral indignation than the potential loss of patronage that this rapidly deteriorating situation might cause him. A security guard was ordered to lock me in the shop so that the woman’s husband could be summoned to mete out a little justice.

On his arrival – and much to my relief – the husband avoided physical confrontation and instead satisfied himself with a bit of macho posturing. As he shouted abuse in my face, he scanned through the images on my camera in a vain attempt to find a single photograph that could be described as pornographic. 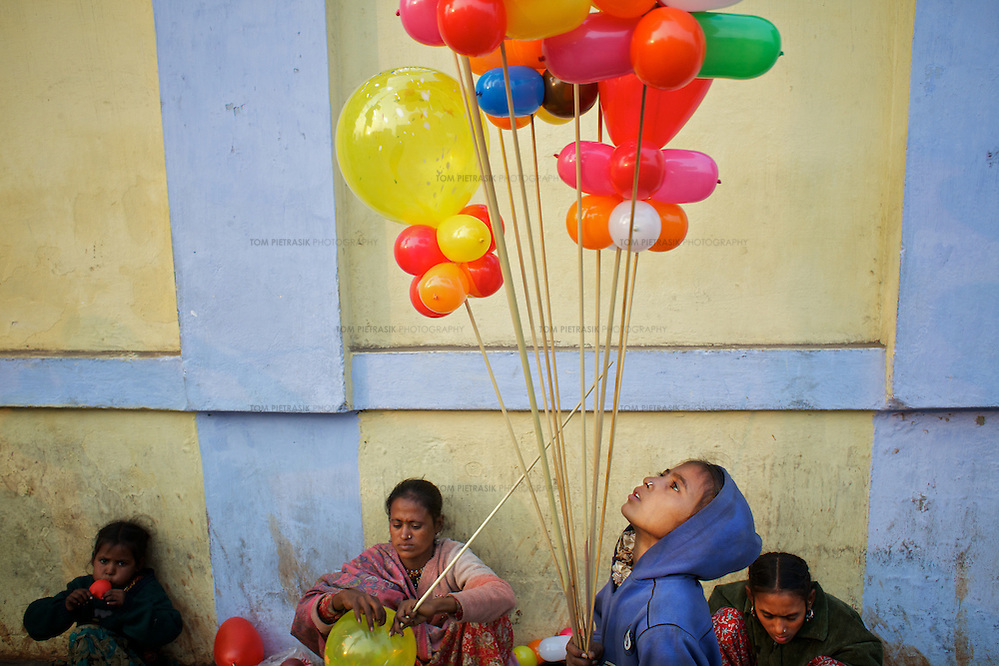 For those bystanders who had observed my intimidation in Delhi and in Lagos, I discovered that the vast majority were convinced that I must be in the wrong. Most had not actually witnessed the incident in question, nor had they bothered to enquire as to what my motivation might be for taking photographs. It seemed their judgement was arrived at simply on the basis of who was shouting the loudest.

So it was with the support of an ignorant crowd that the angry Delhi shopper and her husband proceeded to remove the flash card from my camera and ceremoniously crush it with a rock. Thankfully, my experience in Lagos culminated in a less destructive outcome. My driver Jimoh came to the rescue and used his powers of persuasion to successfully retrieve my camera before the two of us rushed back to his car. 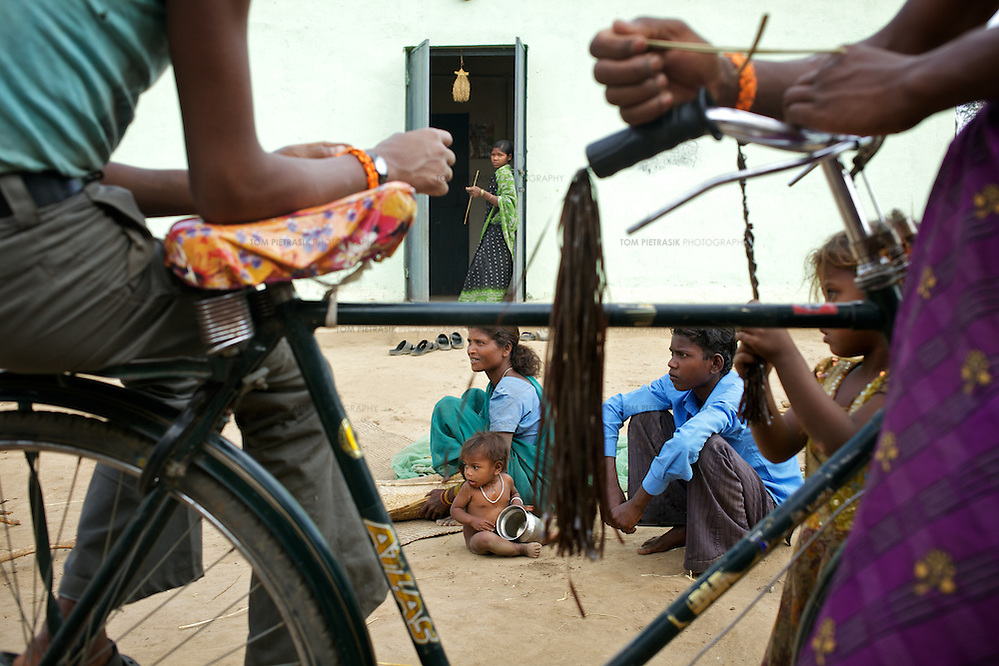 One of the 66 adivasi (tribal) Baiga households in the village of Bokhra Kachar who were displaced by the government to make way for the Achanak Marg tiger reserve in Chhattisgarh. Bilaspur District, Chhattisgarh. India ©Tom Pietrasik 2011

Because photographers do have the potential to exploit subjects, I would never photograph someone who asked not to be photographed unless there were a greater cause at stake. Indeed, I think it is vital that we respect those we are photographing. But that does not mean photographers need to seek consent every time they point a camera in someone’s direction. In many countries the right to photograph in public is upheld by the law. For example in the US, as David Weintraub explains,

“The First Amendment gives photographers and videographers almost unlimited freedom to make images in public places… Anyone appearing in public has given up what lawyers call “a reasonable expectation of privacy.” It doesn’t matter whether they are central to your image or incidental.”

But such protection doesn’t meant that photographers escape suspicion when they work in public places. Even in apparently free societies, photographers do suffer shocking violations of their rights, often by the very same people who are enlisted to uphold those rights. And in democratic societies institutions continue to reinforce a mistrust of photographers. Earlier this month for example, Strathclyde Partnership for Transport banned photography on the Glasgow subway system to ensure “any such activity does not disrupt the operations of the network in any way.” 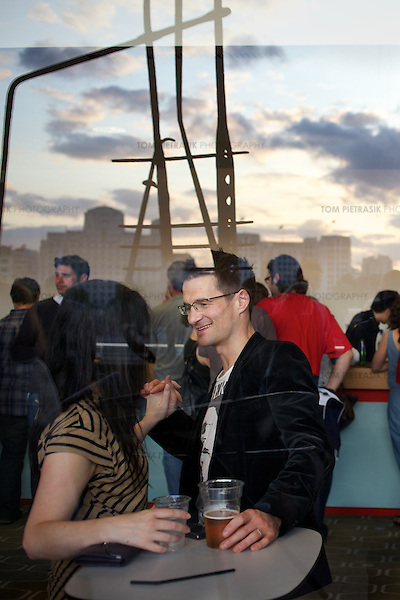 A couple enjoy an evening drink at a bar in central London. UK ©Tom Pietrasik 2011

It would be wrong to suggest photography is a necessarily perilous pursuit. Thanks to the ubiquity of cameras in mobile phones, photographers can derive some comfort from our strength in numbers. But there is a collective responsibility we all share – photographers and non-photographers alike – to protect press freedom and recognise that photography has a unique ability to bear witness and enhance our understanding of events. It is worth remembering the positive contribution photography has made to many societies. Attorney Bert Krage reminds us that in the US,

“…unrestricted photography by private citizens has played an integral role in protecting the freedom, security, and well-being of all Americans. Photography in the United States has an established history of contributing to improvements in civil rights, curbing abusive child labor practices, and providing important information to crime investigators.”

Even if photographs do not directly address a wrong, just think of the myriad of photographs that would be sacrificed were we restrict the right to use a camera in public: photographs that are revelatory, celebrate life or offer critical insight into a given situation. It is worth asking who will provide a photographic record of our history if it isn’t people wielding cameras? Commenting on street photographers, Sophie Howarth and Stephen McLaren remind us that,

At a time when fewer and fewer of the images we see are honest representations of real life, their work is more vital than ever.

What a loss it would be to all of us if photographers like Henri Cartier Bresson, Fred Herzog or Alex Webb or had been deterred from capturing scenes like this or this or this. 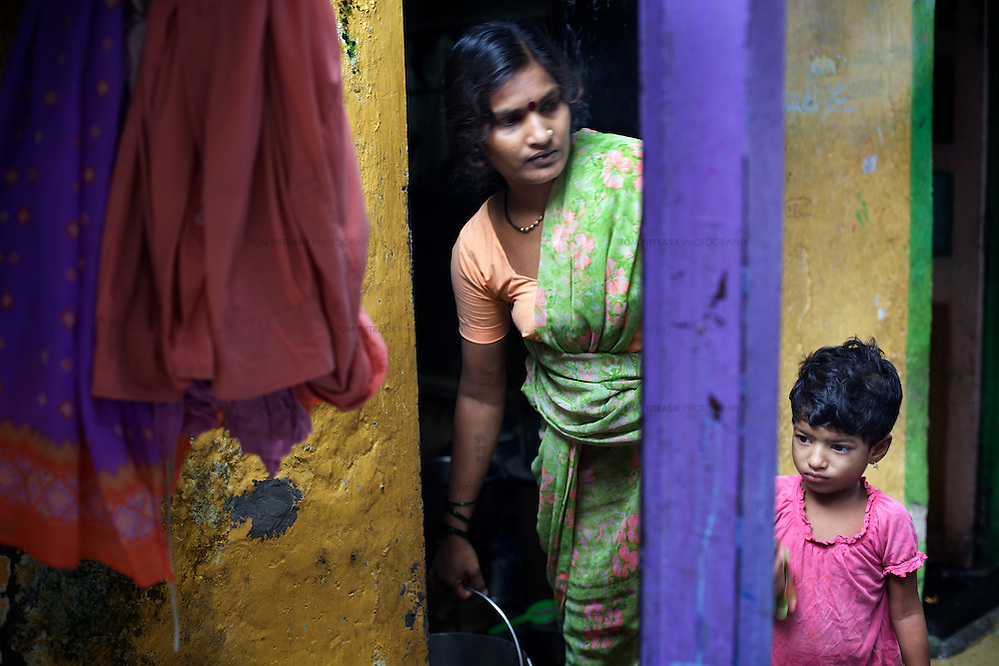 Though the residents of Yashwant Nagar in the Bandra suburb of Mumbai live in a congested neighborhood, they enjoy security of tenure and benefit from a strong civic sense – the result of a long-established community living in the area. Mumbai. India ©Tom Pietrasik 2010