The struggle against the over-zealous patenting of life-saving drugs was dealt a victory in India last week. So it seemed an appropriate time to revisit my photographs, commissioned by UNDP, of Vasanti Shinde, an HIV-positive mother of three girls.

Like many Indian women living with HIV, 26 year-old Vasanti only discovered she was infected by the virus when her husband became seriously ill and subsequently died. 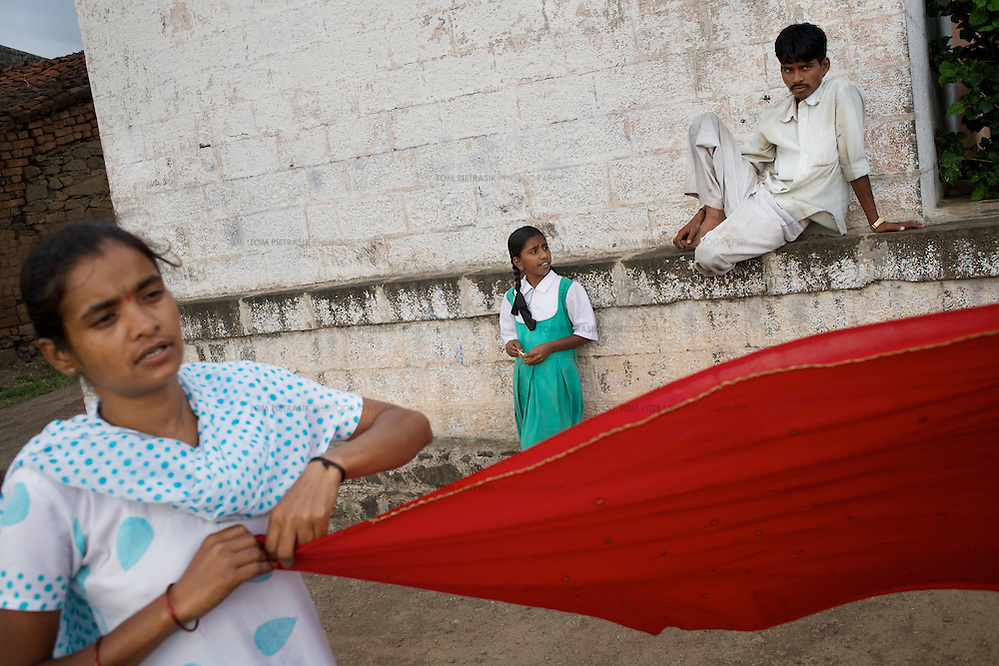 Before meeting her, I might have expected Vasanti to be irrevocably branded by the stigma that burdens so many HIV-positive Indians. But quite the reverse. By accepting and confronting her disease, Vasanti had succeeded in transforming her life for the better. She had become an outspoken advocate for the rights of HIV-positive people working with a local organisation called the Save Foundation that was affiliated to a wider national-network HIV-positive groups.

I thought of Vasanti last week when the Indian Supreme Court finally rejected a patent application by Swiss Drug company Novartis for its cancer drug Glivec (Gleevec). This ruling prioritises the rights of all those who rely on generic drugs, whether for the treatment of cancer or for other conditions including HIV/AIDS.

Generic drugs are sold at a fraction of the cost of branded equivalents and had Novartis seen victory last week, they and other “Big Pharma” would have undoubtedly stepped up their assault on India’s generic drug industry which, according to Leïla Bodeux of Oxfam, supplies “Eighty per cent of medicines used to treat HIV in the developing world.” 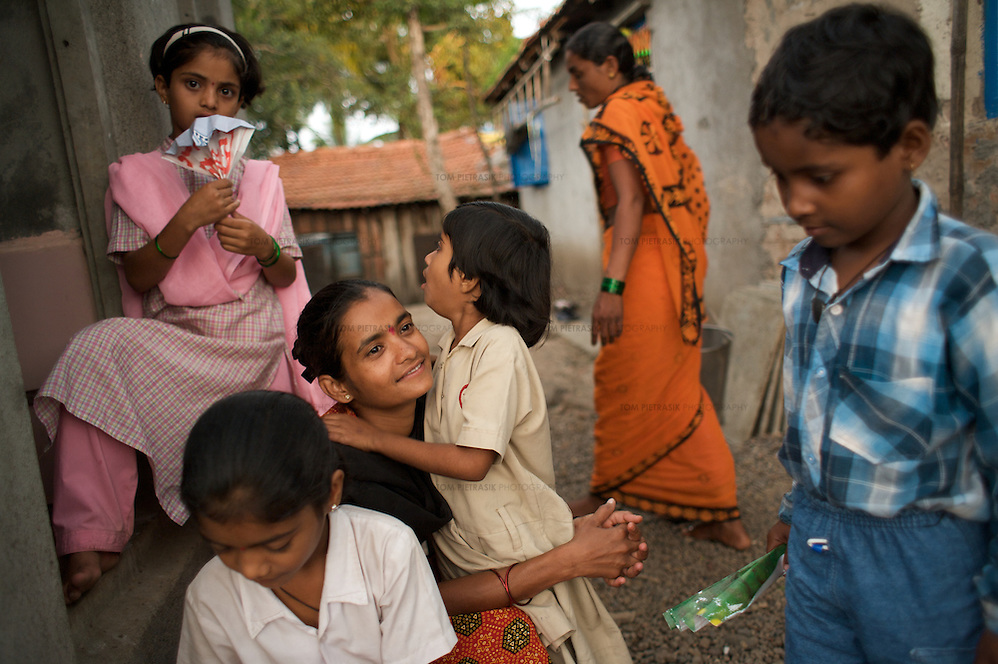 Vasanti Shinde, at home with her daughters Vrinda, 8 and Shruda, 10 and Shubhada, 11.  Maharashtra. India ©Tom Pietrasik 2008

Agencies like UNDP have questioned whether laws to protect patents are compatible with the human rights of those who require access to essential drugs. And senior scientists (many trained at public-expense) including Brian Druker, the key researcher behind Glivec, have expressed discomfort when companies like Novartis attempt to extend their monopolies on drugs developed by a “collaborative and open process of innovation, where both the private and public sectors play an indispensable role.” Joseph E. Stiglitz and Arjun Jayadev warn that there is a cost to bear for strong patent protection:

“… higher prices for consumers, the dampening effect on further innovation of reducing access to knowledge, and, in the case of life-saving drugs, death for all who are unable to afford the innovation that could have saved them.” 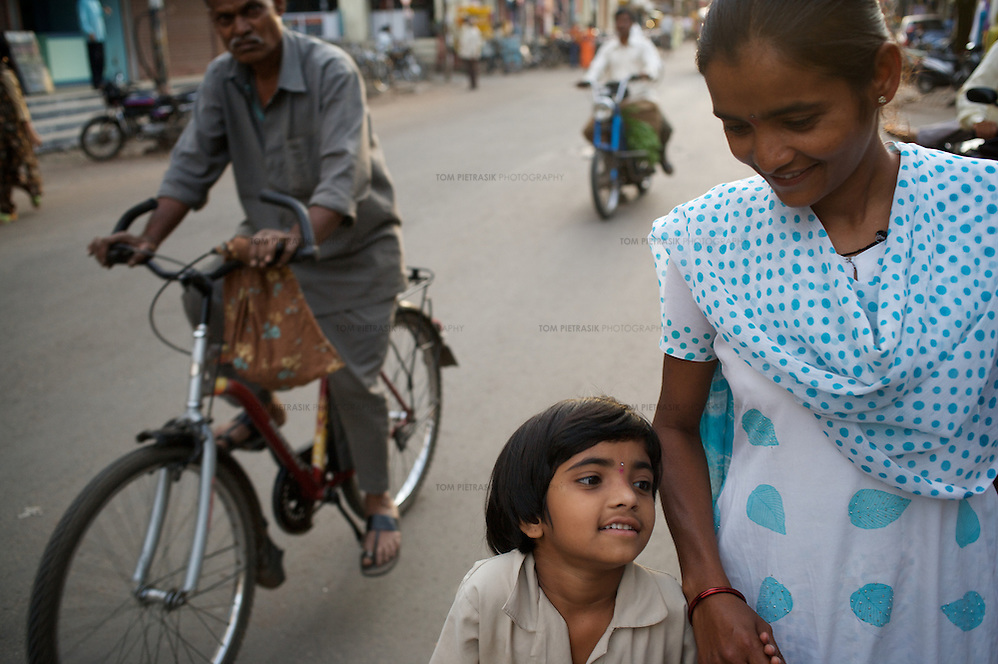 A shared sense of solidarity with other HIV-positive Indians meant that Vasanti’s advocacy work had allowed her to breach the intransigent barriers of caste, religion and language that divide Indian society. Like many other advocates for the HIV-positive community, Vasanti’s horizons had broadened and she had outspoken opinions on subjects beyond the immediate concerns of her illness. Indeed, her own experience of discrimination had led her to consider the concerns of others condemned by prejudice and ignorance for reasons that had nothing to do with HIV. 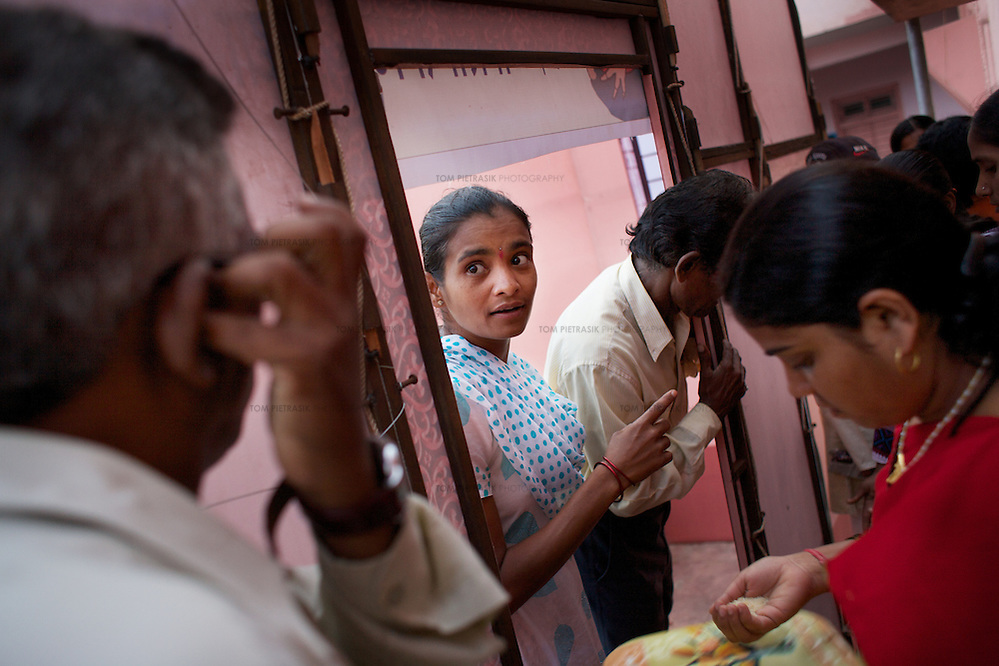 HIV positive women including Vasanti Shinde prepare to perform a play on the issue of HIV discrimination to an audience in Samodoli village. Maharashtra. India ©Tom Pietrasik 2008

Despite her resolve, Vasanti’s life bringing up three children on a modest income was still a struggle and not long before these photographs were taken she had suffered a bout of influenza. Vasanti was also torn by a dilemma. Of her eldest two children, one was HIV-positive, the other negative. But Vasanti could not bring herself to have her youngest daughter tested for HIV, desperate to avoid the inevitable heartbreak should the child test positive.

As I observed, here was a life being lived to its fullest by a woman who could look forward to the prospect of seeing her children grow up because she had access to life-saving generic drugs that would otherwise be beyond her means. Countless versions of Vasanti’s story of dignity and hope are played out across the Developing World by people who, like her, will be thankful that last week the Indian Supreme Court placed their needs above those of a multinational drug company.

You can see more of my photographs of Vasanti here. 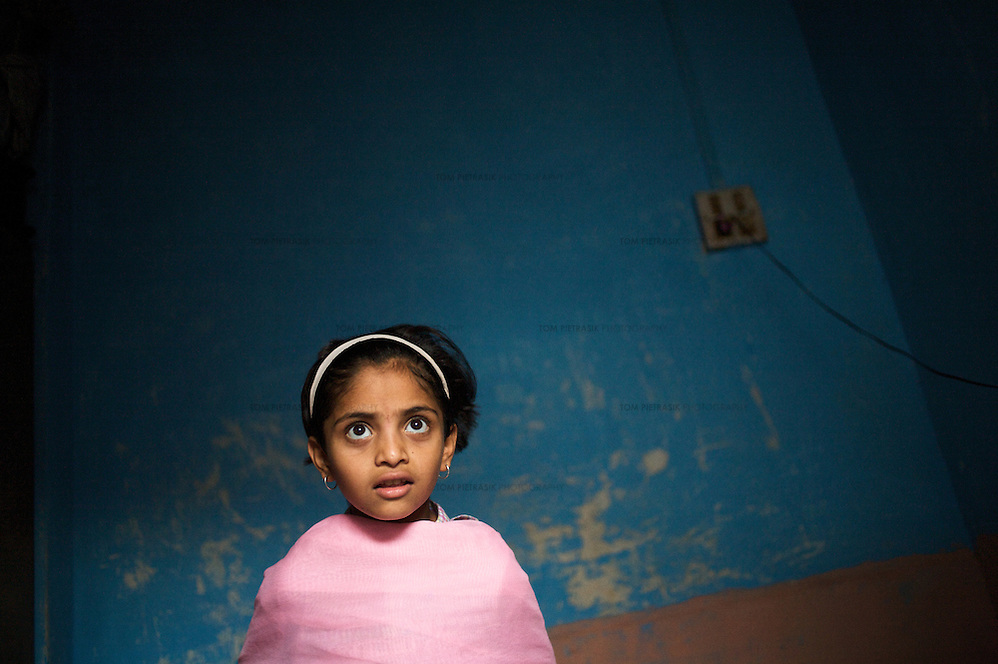