Photo above: Cotton-farmers take a break for tea in the Vidarbha village of Adgaon Budruk. Maharashtra, India ©Tom Pietrasik 2011

I recently came across a report by the International Cotton Advisory Committee, forecasting a fall in the price of cotton in 2011 & 12. Such stories are often hidden in the back pages of the financial papers so I’m sure I’m not the only one that frequently fails to give them much notice.

Last week however, while photographing in the central Indian cotton-growing region of Vidarbha, I met people from a two million-strong cotton-farming community who are all too aware of the significance of such news. For these farmers, the fall in the price of cotton has had a major impact on their lives over the past twenty years. 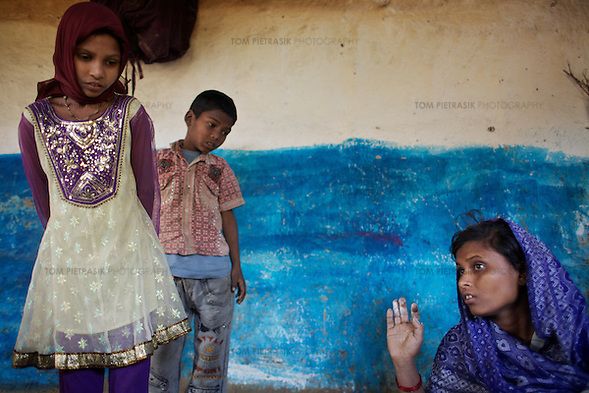 Like many living in Vidarbha’s cotton-belt, the Khan family from Shiloda village do not have the resources to meet their daily needs. They are classified as BPL (Below the Poverty Line) and as such are entitled to access subsidised food-commodities from the government including rice and sugar. Maharashtra, India ©Tom Pietrasik 2011

In 1991, the Indian Government liberalised its economy and began introducing reforms that placed millions of already poor farmers at the mercy of international commodity markets. The Government’s guaranteed purchase price for many Indian crops fell to a price-floor or were abandoned altogether. In Vidarbha, small-scale cotton producers who could once depend on a meagre but stable rate of return found themselves regularly investing more money in the running of their farms than they were generating in sales. This necessarily forced many into debt, triggering uncertainty, destabilising lives and undermining development.

Fourteen-year old Sangam Gavarguru from the village of Adgaon Budruk, has grown up in this precarious environment. He has worked in the Vidarbha cotton fields since the age of nine and rarely attends school because he must earn enough money to feed himself and his grandmother with whom he lives. 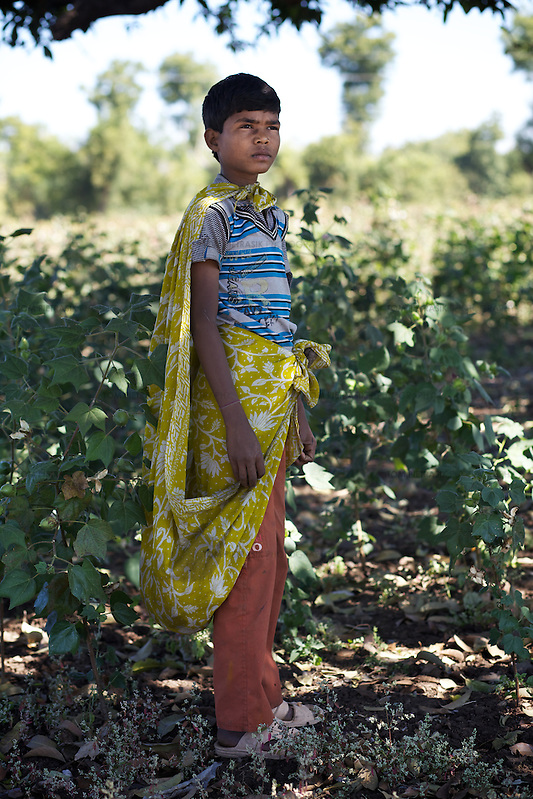 Sangam Gavarguru, age 14, from the village of Adgaon Budruk, has worked in the cotton fields since the age of nine. Maharashtra, India ©Tom Pietrasik 2011

Sangam lost his mother several years ago when she committed suicide in a desperate bid to escape the misery of life with her alcoholic husband. I don’t know why Sangam’s now-estranged father turned to liquor but it is worth appreciating that the prevalence of alcoholism (and suicide) inevitably rises among populations immersed in the hopelessness of debt, contributing to individual ruin and the eventual undoing of communities. As a measure of the crisis in rural India, an average of 47 farmers a day committed suicide in 2009.

In response to this shocking statistic, many quite understandably look to domestic and international aid to mitigate the hardship. Indeed, I was photographing alongside an NGO in Vidarbha that is part of an aid network helping child-workers like Sangam. But while aid undoubtedly has a role to play in an already urgent situation, we are obliged to reflect on the legacy of liberalisation and particularly its effect on rural communities. Local journalist Jaideep Hardikar explains why global free trade has devastated lives in villages across Vidarbha,

World cotton prices have witnessed a sharp and steady decline ever since agriculture was opened up to free global trade in the post-WTO era. This is because, despite promises to cut protection in agriculture, there has been no reduction in the protection given to farmers in rich, industrially developed parts of the world like the U.S. and E.U. At the same time, the little protection that farmers in developing nations once enjoyed has been lifted. 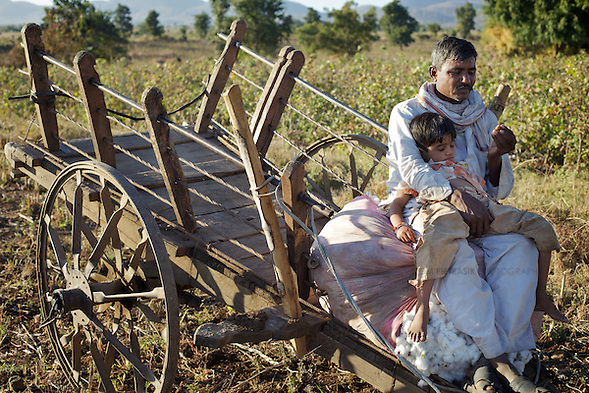 A farmer and his son rest on a bale of cotton close to the village of Chitalwadi in the Vidarbha region of Maharashtra, India ©Tom Pietrasik 2011

When comparing farm subsidies in the West and those in India, we are not equating like with like. It would be wrong to imagine that subsidies in developed countries go to struggling family-owned farmsteads. In the U.K., the top recipient of farm subsidies is Tate & Lyle, a multinational sugar-processing company that has received €828 million in subsidies from the European Union since 1999. Research by Ken Cook and others in the The Environmental Working Group, unearths a similar picture in the U.S.

Washington paid out a quarter of a trillion dollars in federal farm subsidies between 1995 and 2009… the largest and wealthiest top 10 percent of farm program recipients received 74 percent of all farm subsidies.

So corporate farms in the E.U. and the U.S. – a country that exports almost 70 percent of the cotton it produces – are able to dump a cheap, publicly-subsidized commodity onto the international market forcing producers in the developing world to sell at prices that will not sustain their lives or those of their families.

Such inequitable trade relationships lie at the root of understanding why India’s cotton farming community – Sangam Gavarguru among them – are caught in a cycle of poverty. Until trade is tackled, aid to these areas can only hope to scratch the surface. 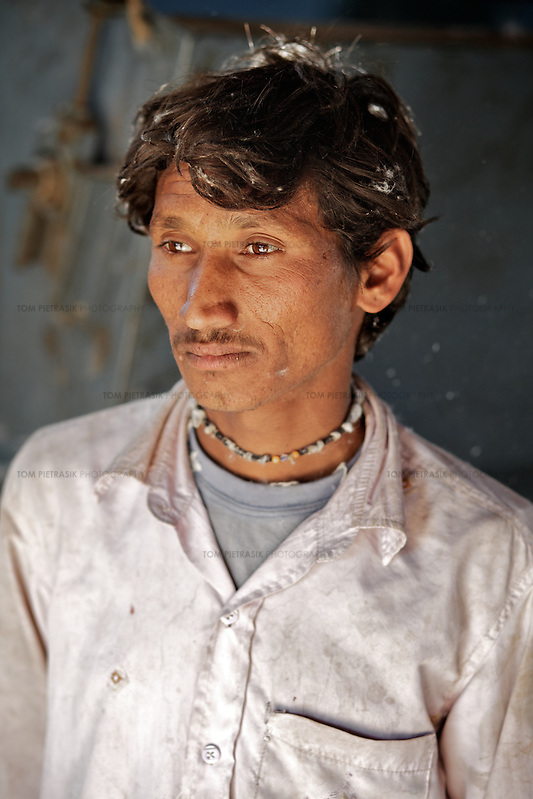