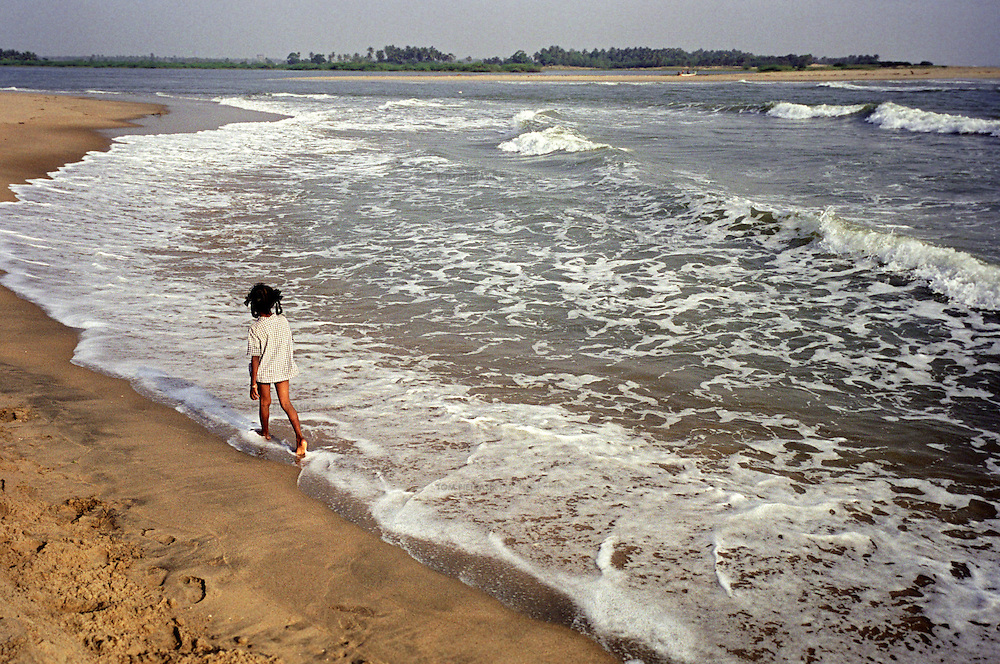 Less than twelve moths after losing her mother and brother to the tsunami, Vijita Viswanathan walks along the shore close to her home in Talanguda. Tamil Nadu, India ©Tom Pietrasik 2005

Exactly five years ago, on the morning of December 26th 2004, I took a dawn flight to Chennai. I had been busy with photography assignments over the previous few weeks and this was an opportunity to take a well-earned break. I was looking forward to a bit of relaxation and had packed my swimming gear together with a couple of books and some Christmas gifts for the friends with whom I would be staying.

As we flew south, I noticed Irish reporter David Orr sitting a few rows ahead of me on the plane. David and I had worked together on a couple of occasions so I wondered over to say hello. David explained to me that he and his family were on their way to the old colonial port of Pondicherry for a vacation by the sea. Easing as best he could into his economy-class seat, it was obvious that David had already left the anxieties of work behind him.

It was two hours later, while disembarking with my camera bag that David asked why I had bothered to bring along all of my equipment. Surely, he wondered, a holiday wasn’t really a holiday if accompanied by the paraphernalia of work. I always like to travel light so I didn’t consider my camera gear a hindrance. And besides, as a freelance photographer, it seemed sensible to be prepared for the unexpected. As I explained, “what if something were to happen?” David didn’t seem particularly convinced by my argument. 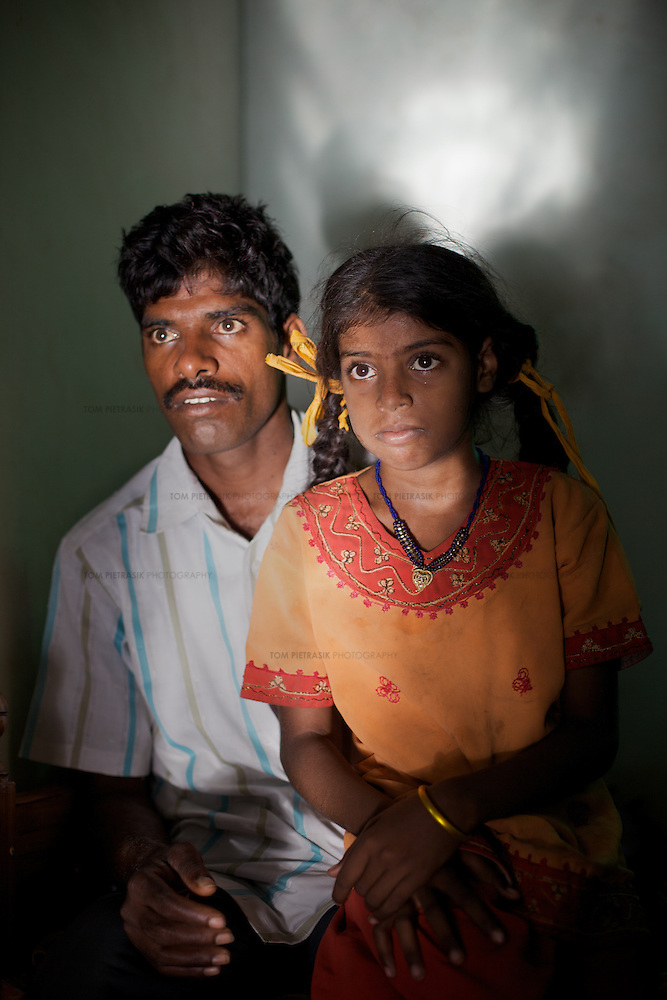 Vijyashree and her father Viswanthan at home in the fishing village of Talanguda. Viswanathan lost his wife and young son to the tsunami. He has since remarried. Tamil Nadu, India ©Tom Pietrasik 2009

As we waited beside the luggage carrousel, the faint Indian airport-aroma of naphthaline drifting over us, David hurried over to me. This time he was looking a lot less relaxed. In fact he seemed rather anxious as he confided, “You know Tom, I think something has happened.”

David explained that there had been an earthquake. He wasn’t quite sure about the scale of the damage or indeed which part of the country had been affected but something had definitely happened. Misinformation and rumours spread quickly in India and it was entirely possible that David’s information had no basis in fact. But as the two of us bid goodbye and I left the terminal it became clear that something wasn’t quite right. The shambolic fray of taxi drivers, hotel agents and touts that had gathered at the airport gate appeared wholly distracted. Instead of clambering toward exiting passengers, eager to ply their services, they were ignoring us all and talking amongst themselves. 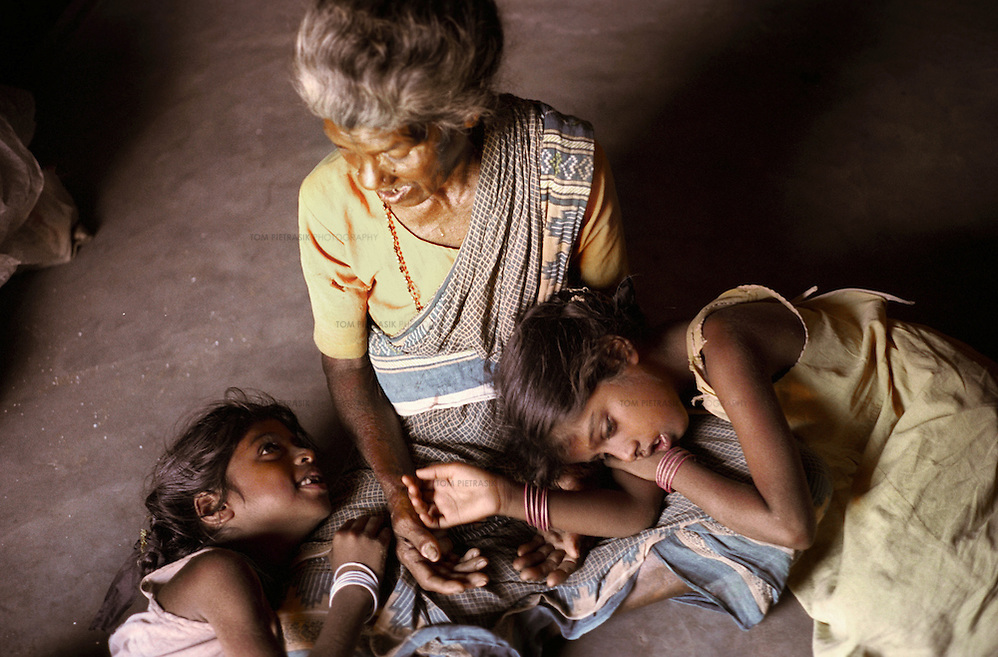 Vijyashree (left) and Vijita with their mathernal grandmother Govindamma at her home in the Pudhupattinam tsunami temporary relief camp, six moths after the tsunami. Tamil Nadu, India ©Tom Pietrasik 2005

I hailed a taxi and asked the driver what had happened. He confirmed there had indeed been an earthquake followed by a big wave which had struck the coast of Chennai. Many had lost their lives, he said. It was becoming increasingly difficult to dismiss this as rumour but I still didn’t know enough to satisfy my curiosity. As we bounced along Chennai’s potholed roads, I plugged my mobile phone into my laptop. The internet connection was frustratingly slow but I soon gathered enough detail to appreciate that something momentous had affected the region at about the same time my plane had taken to the skies above Delhi.

On arrival at my friend’s house, I quizzed my host Jyashree for what she knew. She said she had been woken at dawn with the clutter on her dressing table shaking furiously. And there was talk in the city of a devastating wave that had swept across the Marina beach. On the television, they were discussing something called a tsunami. 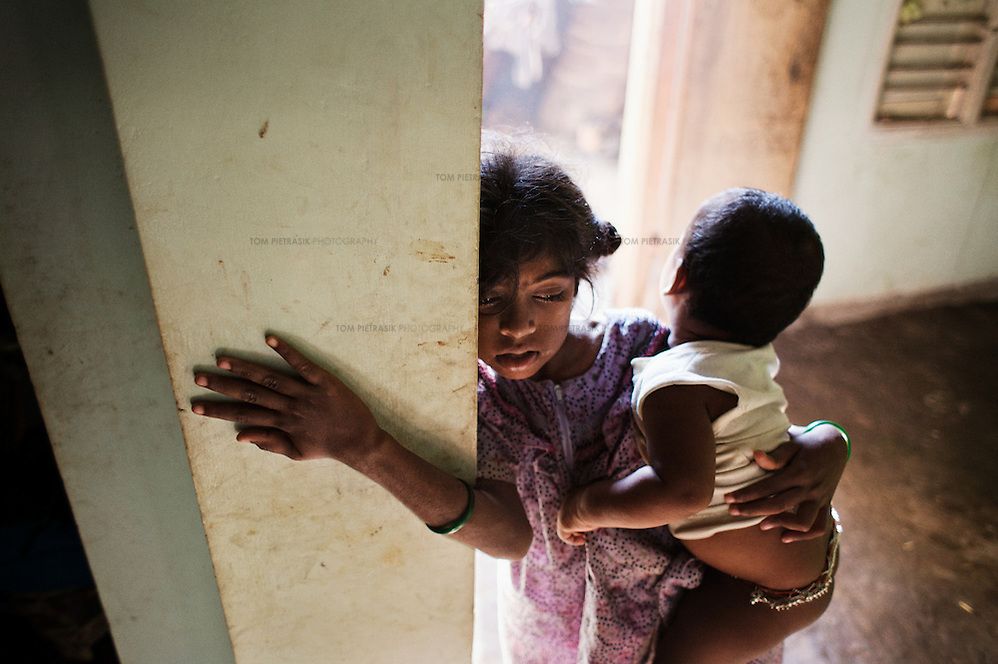 Vijyashree and her new brother Sanjay. Since she lost her mother to the tsunami, Vijyashree’s father has remarried and now has two children by his second wife. Tamil Nadu, India ©Tom Pietrasik 2007

My mobile soon began to ring. I spoke to journalist colleagues in Delhi who were keen to understand what was happening on the ground in Chennai. A picture emerged of unprecedented destruction. And in the South Asia region, Sri Lanka appeared to have borne the brunt of the momentous waves. It seemed obvious that this was the place to go. I approached a couple of newspapers in the UK and ultimately the Times of London assigned me to travel to Colombo, the capital of Sri Lanka.

So it was that I arrived in the small fishing town of Kudawella on Sri Lanka’s south coast, 24 hours after the tsunami had struck. There was a uneasy and rather confused silence about those first few hours, punctuated by cries of grief as bodies were dragged from the shore or discovered among the debris of fallen buildings.

As we all now know, the tsunami was a momentous event that affected the lives of many hundreds of thousands across south and south east Asia. I would not have been able to cover the immediate effect of the waves had I not decided to carry my cameras with me when I departed Delhi that morning of December 26th 2004. As for David Orr, his holiday was postponed as he traveled the ravaged coast of Tamil Nadu reporting on events for the British press.

I have since returned many times to document the longer-term effect the tsunami would have on the lives of a group of children from the south Indian district of Cuddalore. The photographs displayed here are a small selection from that series and feature two sisters, Vijita and Vijyashree Viswanathan who I am sure today will be thinking of the mother and brother they lost to the tsunami exactly five years ago. 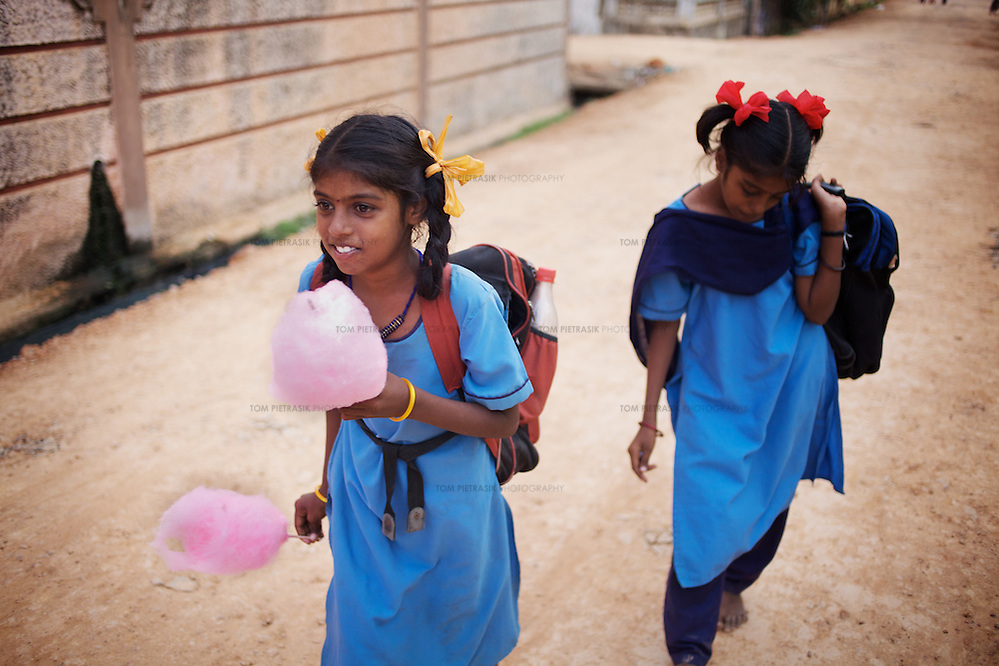